1) I graduate from the University of Michigan in two weeks.
2) I have been hired by Duany Plater-Zyberk and Company in Miami, Florida.
3) I will be heading over to Europe for two weeks after I graduate to visit my girlfriend. We plan to explore the hell out of Paris and Barcelona.
4). Starting next week, I am moving this blog over Planetizen's Interchange.

EDAW, an international planning, design, and engineering firm recently held a national research proposal competition for graduate students in urban planning. Accepting various proposals based on their DEEP principles (Design, Environment, Economics, and Planning) on transit oriented development, the firm selected one student to research each area of DEEP.

I was selected as one of the winners for my proposal "Transforming Detroit: Urban Design and the Integration of Transit Oriented Development. Thus, I will be researching and crafting a design based TOD thesis for the next 5 months. With a nice stipend, a trip to Denver, and a chance to finely hone my knowledge of TOD, I feel very fortunate. 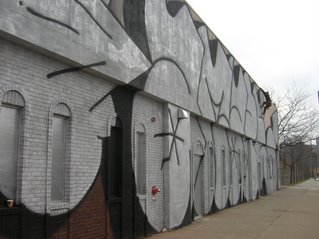 Detroit is often considered the most maligned city in America. On many counts it is. However, what many do not know is that Detroit is coming back, building by building and street by street. Billions of dollars have been invested in its downtown and midtown district. Want to know more, see the Brookings Institute report here:

The New York Times did a flattering piece today on Detroit's newest cultural addition, the MOCAD -- a fine example of everyday urbanism and architecture becoming accessible to the mainstream. Above is one of my shots of the newly minted museum.


My latest article, co-authored with cooltownstudios principal Neil Takemoto, entitled How Cities Compete In The Media Economy is currently a featured article on Planetizen. In other news, I will be presenting the Miami 21 project to the Michigan Association of Planners student conference on Friday, November 16th. The presentation is entitled "Planning The Successional City: Form-Based Coding and the Miami 21 Project." 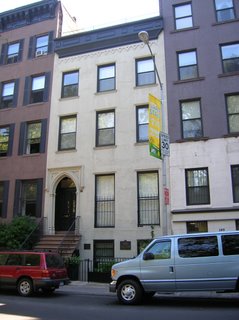 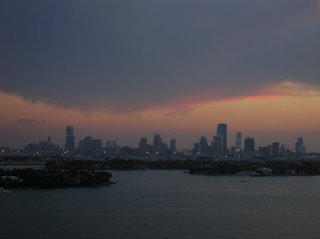 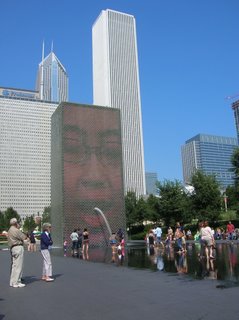 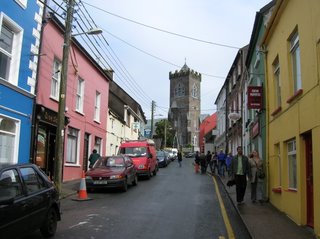 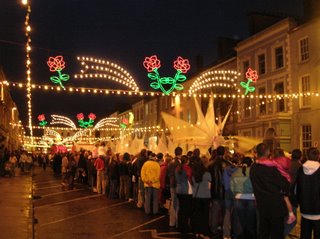 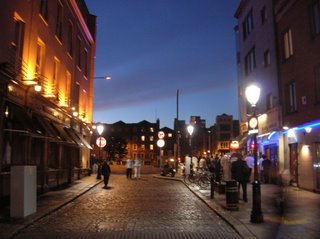 
It has been far too long since I last posted here. The amount of places I have gone in the two months are too numerous to write about extensively now. It would all seem too trite, or a reduction of the way it felt. I prefer to write in the moment. Instead, I have simply posted a few photos from Miami, Chicago, Dingle, Tralee, and Dublin. Once I download more images from my camera, I might add Salt Lake City, Detroit, and Ann Arbor. I feel like I say this too often, but I hope to make more regular posts in the coming weeks. However, first I must go to NYC for a long weekend! 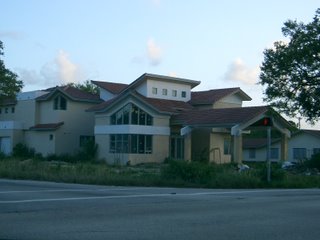 Check out this beauty from a not particulary tasty South Miami suburb! Up, up and away!

A Need for Vision

I grew up in Coastal Maine, which is a part of the country that is rich with historical villages and vital rural landscapes. Though I consider myself a very urban person, in many ways it is my experience growing up in traditional towns that has influenced my desire plan and design places that foster a sense of community, and a sense of place - on all scales. However, like many towns in Maine, mine has begun to succumb to the pressures of conventional suburban development, which will systematically undermine the very vitalitay that makes it so attractive in the first place. Recently, a Wal-Mart was proposed for the outskirts of the town. Thanks to the hard work of concerned citizens, the town successfully voted for a size cap on all retail stores. However, the battle is long from over. Growth pressures are mounting. Below is an op-ed piece that that I recently wrote for a local paper, advocating for the use of a public charrette to help the community realize its potential, and hopefully start itself on a new course.

To the people of Lincoln County:

It is no secret that the Lincoln County is changing, and maybe not for the better. Though I spend less and less time in Maine these days, as an urban planner and designer I do keep in touch with town growth issues all over the State, especially in Lincoln County. Unfortunately, recent events make it clear to me that the vital towns and precious villages of Lincoln County have reached the tipping point. That is to say that we must now proactively deal with a pattern of growth known as urban sprawl.

Many other towns in Maine have been blindsided by such growth and are now dealing with the consequences. If we do not learn from their mistakes, we risk losing the very character that has made our area unique, and therefore economically viable - especially in a tourist oriented economy. We must ask ourselves if people from away will visit Damariscotta when much of it starts to look like Scarborough. Would you?

As a town planner and urban designer for a firm that specializes in the community visioning process, I would like to convey that the communities of Lincoln County have a unique opportunity to create a coherent vision for the future, one that will not only continue to induce that familiar sigh of relief when crossing the Wiscasset Bridge, but also make our area an attractive place for future, but planned growth. To most effectively create a vision for the region, concerned citizens of Lincoln County should demand a community visioning exercise, such as the one being proposed by Damariscotta 2020. The reason a community-wide visioning process is so advantageous is that it reverses the conventional role of developer and citizen. Typically, a visioning process empowers the community and inspires its citizenry to become proactive with its future, and not reactive, therefore getting the most benefit from future growth. Making this switch is critical to the Damariscotta area and its future, as it is the aggregation of wanton suburban growth that destroys a place, and not necessarily its individual developments.

It should also be known that a visioning process does not have to be project-specific. In fact, it is more advantageous to deal with growth more comprehensively. Doing so will guide future projects to be of the appropriate scale and of the character that defines our distinctive area. This can be as simple as the proper location for parking, and which building materials are used on a facade. More specifically, if a downtown plan had already been in place it may have prevented the downtown telephone pole debacle, and the planting of water side trees along the back parking lot’s edge, which diminish the magnificent view corridor when the trees mature.

Finally, a community visioning exercise respects and takes all viewpoints into consideration. Nothing is out of bounds. Though it might sound a bit chaotic, it is now well-known that the most effective planning comes from the ground up, and not the top down. After all, no one knows a town like its citizens, so why leave the future in the hands of a developer or chain business? Why not seize the opportunity to truly discuss the future and make a plan to actively implement the changes that you would like to see?

Across the country towns and cities of all sizes are harnessing their civic energy to actively shape their own destinies. Experts, such as Bill Dennis, have years of experience and are well-trained in guiding the public through the excitement of creating a vision for the future. The citizens of Lincoln County must consider doing the same, as doing so may protect and extend all of the qualities that make living in our region so special. I suggest we do so before it’s too late.